BIOGRAPHY : Under their pseudonyms Nûgen and Archer, the duo have toured nightclubs in France and abroad, as DJs and composers.
Meanwhile, superstars were born around several electro, rock and disco projects, their musical influences. From live to live concerts, the duo became a trio and then super5tars a Pop Rock group of 5 people to bring to the stage this mini-album « Double Mixte » recorded in the studio in 2018 and 2019.
After 15 years of collaboration, Jean-Philippe and Emilie, a duo of composers, songwriters and performers, present their first Pop mini-album ‘Double Mixte’, with heady melodies, mixing rock, disco and electro tones. They didn’t really do like the others, self-taught, eclectic, sing in French and English, in one, two, three voices.
To spice things up, a remix by Philippe Roche in the Disco Funky 80 colours of the mini-album single « le rêve Étrange » and an intimate cover by Porque Te Vas have slipped into the tracklist. 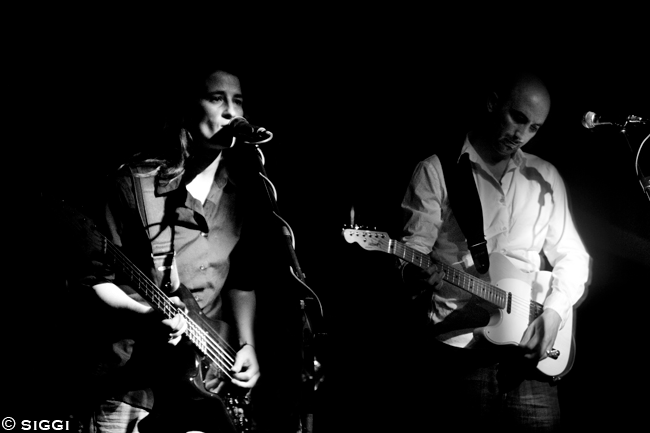