BIOGRAPHY : Heresy is a Thrash metal band from Montpellier in the south of France.
Its purpose is to share its vision of the style by reclaiming it and by injecting the influences of each of its members.
The line-up is currently composed of Geoffrey Darras on vocals and guitar, Cyril Valade on drums, Jean-Philippe Dejean on bass and Antoine Betti on guitar.
The band celebrates its tenth anniversary in 2019, and is preparing to release its second and new album « The Dark Shore » under the label M & O to defend it on as many scenes as possible. 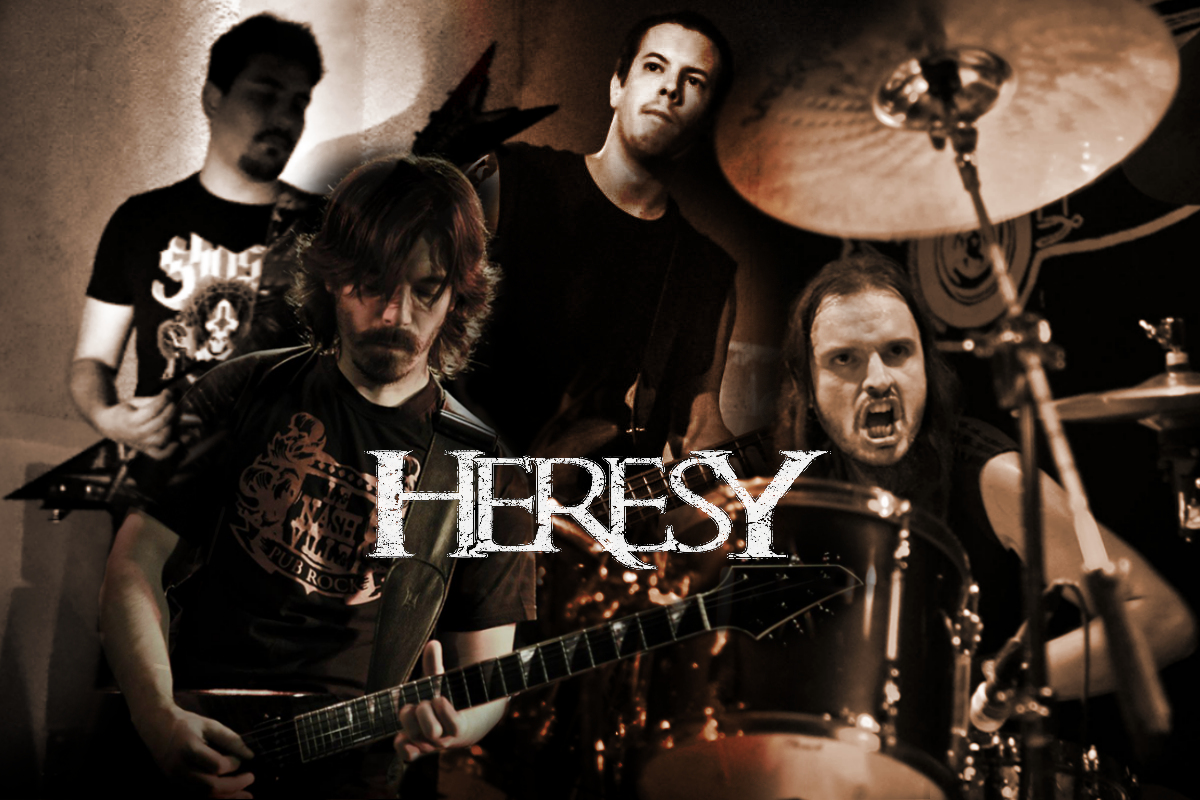